IMDb: 5.4 2017 22 min 48 views
Olaf is on a mission to harness the best holiday traditions for Anna, Elsa, and Kristoff.
AdventureAnimationComedyFamilyFantasyMusic

IMDb: 4.5 2017 101 min 47 views
A young man comes to possess a supernatural notebook, the Death Note, that grants him the power to kill any person simply by writing down their ...
FantasyHorrorMysteryThriller

Mary and the Witch’s Flower

Mary and the Witch’s Flower

IMDb: 6.8 2017 103 min 43 views
Mary Smith, a young girl who lives with her great-aunt in the countryside, follows a mysterious cat into the nearby forest where she finds a ...
AdventureAnimationFantasy

IMDb: 7.3 2017 104 min 403 views
In the irreverent spirit of fun that made “The Lego Movie” a worldwide phenomenon, the self-described leading man of that ensemble—Lego ...
ActionAnimationComedyFamilyFantasyFeatured

IMDb: 6.7 2017 118 min 473 views
Explore the mysterious and dangerous home of the king of the apes as a team of explorers ventures deep inside the treacherous, primordial island.
ActionAdventureFantasyFeatured

IMDb: 6.7 2016 127 min 45 views
A teenager finds himself transported to an island where he must help protect a group of orphans with special powers from creatures intent on ...
AdventureDramaFamilyFantasy

IMDb: 6.7 2016 103 min 40 views
For years, old wood carver Mr. Meacham has delighted local children with his tales of the fierce dragon that resides deep in the woods of the ...
AdventureFamilyFantasy

IMDb: 7.0 2016 144 min 543 views
After the re-emergence of the world’s first mutant, world-destroyer Apocalypse, the X-Men must unite to defeat his extinction level plan.
ActionAdventureFantasyFeaturedScience Fiction

IMDb: 6.9 2016 123 min 438 views
The peaceful realm of Azeroth stands on the brink of war as its civilization faces a fearsome race of invaders: orc warriors fleeing their dying ...
ActionAdventureFantasyFeatured

IMDb: 6.2 2016 89 min 494 views
Sausage Party, the first R-rated CG animated movie, is about one sausage leading a group of supermarket products on a quest to discover the truth ...
AdventureAnimationComedyFantasyFeatured

IMDb: 7.5 2016 115 min 557 views
After his career is destroyed, a brilliant but arrogant surgeon gets a new lease on life when a sorcerer takes him under his wing and trains him ...
ActionAdventureFantasyFeaturedScience Fiction

IMDb: 6.1 2015 104 min 42 views
When characters from the movie musical “Wet Side Story” get stuck in the real world, teens Brady and Mack must find a way to return them home.
ComedyFamilyFantasyTV Movie

IMDb: 7.2 2015 112 min 401 views
After 29-year-old Adaline recovers from a nearly lethal accident, she inexplicably stops growing older. As the years stretch on and on, Adaline ...
DramaFantasyFeaturedRomance

IMDb: 8.0 2015 136 min 383 views
Thirty years after defeating the Galactic Empire, Han Solo and his allies face a new threat from the evil Kylo Ren and his army of Stormtroopers.
ActionAdventureFantasyFeaturedScience Fiction

IMDb: 5.3 2015 124 min 390 views
In a universe where human genetic material is the most precious commodity, an impoverished young Earth woman becomes the key to strategic ...
ActionAdventureFantasyFeaturedScience Fiction

IMDb: 5.1 2015 97 min 37 views
When aspiring knight Gareth goes in search of a fallen comet rumored to contain gold, he is shocked to instead find the dragon Drago. After Drago ...
ActionAdventureFantasy

IMDb: 5.8 2015 99 min 43 views
A love potion works its devious charms on fairies, elves and the swamp-dwelling Bog King as they all try to possess the potion for themselves.
AnimationFamilyFantasyMusic

IMDb: 8.0 2014 131 min 468 views
The ultimate X-Men ensemble fights a war for the survival of the species across two time periods as they join forces with their younger selves in ...
ActionAdventureFantasyFeaturedScience Fiction

IMDb: 7.8 2014 100 min 409 views
An ordinary Lego mini-figure, mistakenly thought to be the extraordinary MasterBuilder, is recruited to join a quest to stop an evil Lego tyrant ...
AdventureAnimationComedyFamilyFantasyFeatured

The Hobbit: The Battle of the Five Armies

The Hobbit: The Battle of the Five Armies

IMDb: 7.4 2014 144 min 455 views
Immediately after the events of The Desolation of Smaug, Bilbo and the dwarves try to defend Erebor’s mountain of treasure from others who ...
ActionAdventureFantasyFeatured

IMDb: 6.7 2014 142 min 440 views
For Peter Parker, life is busy. Between taking out the bad guys as Spider-Man and spending time with the person he loves, Gwen Stacy, high school ...
ActionAdventureFantasyFeatured

IMDb: 5.8 2014 101 min 386 views
The city needs heroes. Darkness has settled over New York City as Shredder and his evil Foot Clan have an iron grip on everything from the police ...
ActionAdventureComedyFantasyFeaturedScience Fiction

IMDb: 6.0 2014 125 min 384 views
In a woods filled with magic and fairy tale characters, a baker and his wife set out to end the curse put on them by their neighbor, a spiteful witch.
ComedyFantasyFeatured

How to Train Your Dragon 2

How to Train Your Dragon 2

IMDb: 7.8 2014 102 min 513 views
The thrilling second chapter of the epic How To Train Your Dragon trilogy brings back the fantastical world of Hiccup and Toothless five years ...
ActionAdventureAnimationComedyFamilyFantasyFeatured

IMDb: 6.3 2014 92 min 459 views
Vlad Tepes is a great hero, but when he learns the Sultan is preparing for battle and needs to form an army of 1,000 boys, including Vlad’s ...
ActionDramaFantasyFeaturedHorrorWar

IMDb: 6.4 2014 112 min 39 views
Beauty and the Beast is the adaptation of a story by Madame de Villeneuve. Published anonymously in 1740 as La Jeune Américaine et les contes ...
FantasyRomance

Marvel One-Shot: All Hail the King

Marvel One-Shot: All Hail the King

The Tale of the Princess Kaguya

The Tale of the Princess Kaguya

IMDb: 8.0 2013 137 min 43 views
Found inside a shining stalk of bamboo by an old bamboo cutter and his wife, a tiny girl grows rapidly into an exquisite young lady. The ...
AnimationDramaFantasy

IMDb: 7.6 2013 15 min 39 views
The film takes place one year after the events of Captain America: The First Avenger, in which Agent Carter, a member of the Strategic Scientific ...
ActionAdventureFantasyScience Fiction

IMDb: 5.3 2013 105 min 39 views
The evil wizard Gargamel creates a couple of mischievous Smurf-like creatures called the Naughties that he hopes will let him harness the ...
AnimationComedyFamilyFantasy 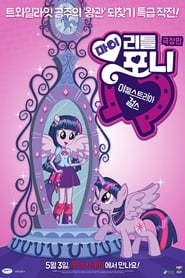